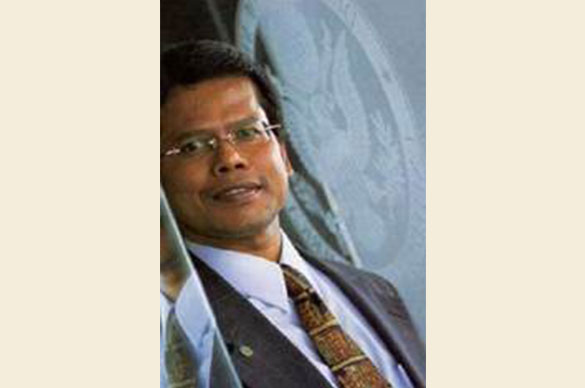 Patrick Mendis (帕特里克·孟迪斯) is a Harvard Kennedy School’s former Rajawali senior fellow and a current associate-in-research of the Fairbank Center for Chinese Studies at Harvard University. He currently serves as a commissioner of the US National Commission for UNESCO at the US Department of State.

An adjunct professor of geography and geoinformation science at George Mason University (GMU), Dr. Mendis previously served as a distinguished senior fellow and affiliate professor of public and international affairs at the Schar School of Policy and Government at GMU where he authored his most recent book,Peaceful War (foreword by GMU Professor Jack Goldstone). He also served as a distinguished scholar and senior expert of the Confucius Institute at GMU.

He is currently a distinguished visiting researcher at the National Confucius Research Institute of China in Qufu, a senior fellow of the Pangoal Institution in Beijing, and a distinguished visiting professor of Asian-Pacific affairs at Shandong University in Jinan. He has also previously served as a visiting scholar or a distinguished visiting professor at the Universities of Peking, Zhejiang, Wuhan, Tongji, Nanjing, Guangdong, Xian, as well as the Chinese Foreign Affairs University of the Ministry of Foreign Affairs. In addition, he has also lectured at over 25 universities in Guangzhou, Hong Kong, Hunan, Jiangsu, Sichuan, Taiwan, among others, and has visited all but four provinces of China, including Inner Mongolia, Ningxia, Macau, Tibet, and Xinjiang.

In 2012, Secretary of State Hillary Clinton appointed him as a commissioner to the United States National Commission for UNESCO. He was then reappointed for another term in 2015 by Secretary of State John Kerry. Previously, he was appointed by the George W. Bush administration to serve as a governing board member of the Graduate School of the US Department of Agriculture (USDA). His other government and international experience includes positions in the Minnesota House of Representatives, the US Senate Foreign Relations Committee, the World Bank, and the United Nations.

Prior to joining GMU, Dr. Mendis served as the vice president of academic affairs at the Osgood Center for International Studies and a visiting foreign policy scholar at Johns Hopkins University’s Nitze School of Advanced International Studies (SAIS). While at SAIS, he authored two books: Trade for Peace (foreword by Professor Brian Atwood, former dean of the Humphrey School of Public Affairs at the University of Minnesota) and Commercial Providence (foreword by Professor Stephen Joel Trachtenberg at the Trachtenberg School of Public Policy and the president emeritus of the George Washington University).

Before returning to academia, Professor Mendis served as an American diplomat under Secretaries Madeline Albright and General Colin Powell. Joining the Department of State as a mid-career science and diplomacy fellow of the American Association for the Advancement of Science, Dr. Mendis served as a foreign affairs officer, chaired US interagency policy working groups, managed US international educational and cultural programs, advised the US Delegations to the United Nations, coordinated science and technology policy with the White House, and served as vice chairman of the Secretary Powell’s Open Forum. He also lectured at the George Shultz Institute of Foreign Service. For his interagency leadership and government service, he was recognized with the State Department’s Meritorious Honor Award, the Benjamin Franklin Award, as well as other honors. After his diplomatic assignments, Dr. Mendis worked as a consulting economist at the US Department of Energy’s Center for Global Security Research at the Lawrence Livermore National Laboratory in California.

Prior to serving in the State Department, he was a military professor in NATO as well as the US Pacific Command through the University of Maryland, serving in every major American military base in Germany, Japan, Italy, Spain, South Korea, Turkey, and the United Kingdom. For his teaching, leadership, and service, he was selected by faculty, military officers, and students for the Stanley Drazek Teaching Excellence Award. Professor Mendis joined the Maryland faculty after his teaching and research career at the University of Minnesota, where he established the Edward Burdick Legislative Award, honoring his mentor and friend the late Honorable Ed Burdick, former chief clerk and parliamentarian of the Minnesota House of Representatives. He is a recipient of the Alumnus of Notable Achievement Award from the University of Minnesota.

In 2004, Dr. Mendis served as a visiting professor of economics and public policy at the University of Pittsburgh’s Semester at Sea Program and authored a book based on his global voyage, Glocalization(foreword by the late Sir Arthur C. Clarke of the King’s College in London). He also taught at the MacMillan Center for International and Area Studies at Yale University and the George Washington University. He was a visiting professor of economics and management at the Leningrad State University in the former Soviet Union and lectured at the Moscow State University.

Author of more than 100 books, journal articles, newspaper columns and government reports, Dr. Mendis has received numerous awards and honors for his leadership, public service and philanthropic activities. These include the Hubert Humphrey Outstanding Leadership Award, the University of Minnesota President’s Award for Outstanding Leadership and Service, the United Nations Medal for the International Year of the Youth, the Harold Stassen Award for United Nations Affairs, the USDA Graduate School Outstanding Service Award, and the Exceptional Achievement Award in International Diplomacy. He has lived, traveled, and worked in more than 120 countries and visited all 50 states and other territories of the US.

A fellow of the World Academy of Art and Science, Dr. Mendis serves (or has served) as an advisor to theHarvard International Review, an editor of The Public Manager, an advisor to The Encyclopedia of the Sri Lankan Diaspora at the National University of Singapore, and as a councilor on the Harvard Kennedy School DC Alumni Council. He has also established the Millennials Award for Leadership and Service at Harvard University and other scholarships in Sri Lanka.

Professor Mendis is a former American Field Service (AFS) high school exchange scholar from Sri Lanka to Perham, Minnesota in the 1970s, where he considers his “birthplace” in America. Prior to becoming a naturalized US citizen, he represented the Government of Sri Lanka as its “Youth Ambassador” to the United Nations, and is listed in the “13 World Famous People Born in Sri Lanka,” Who’s Who of Asian Americans, as well as Who’s Who in America and Who’s Who in the World. 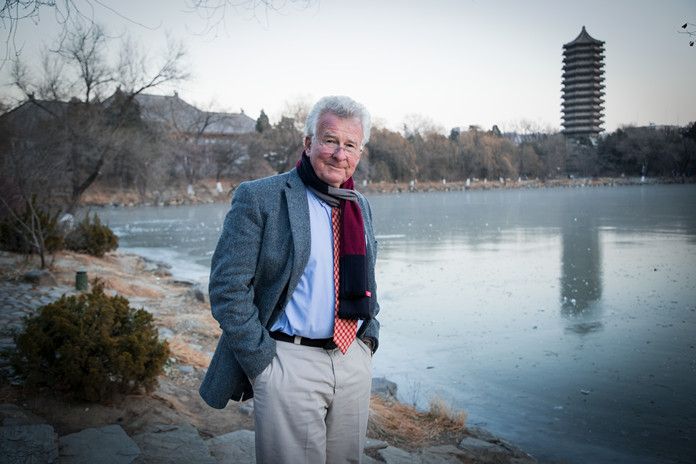 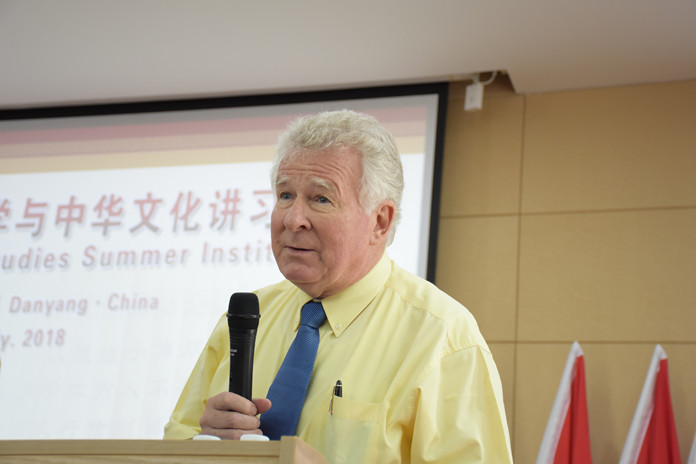 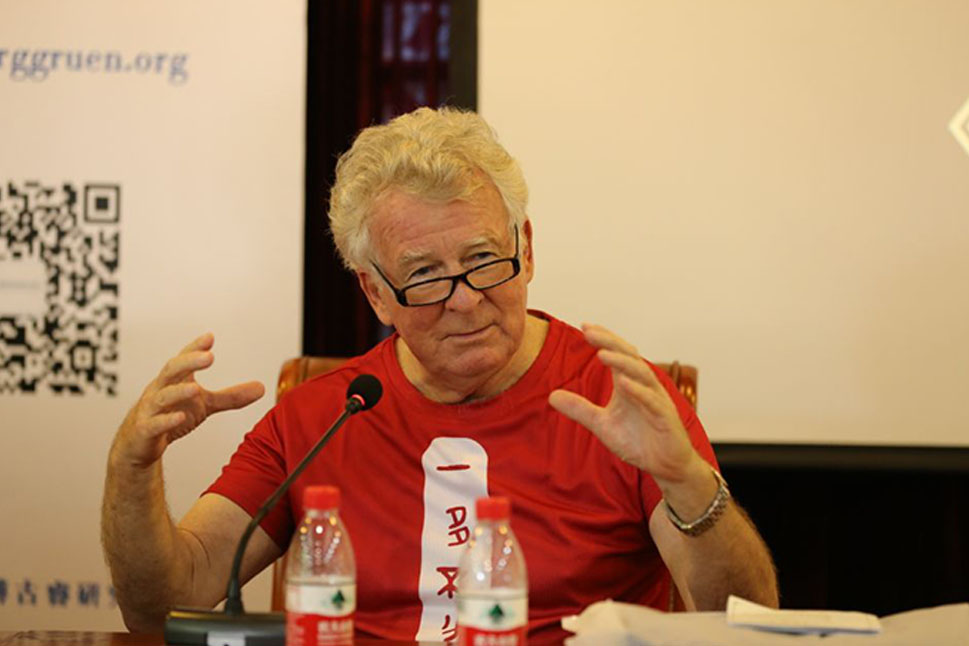 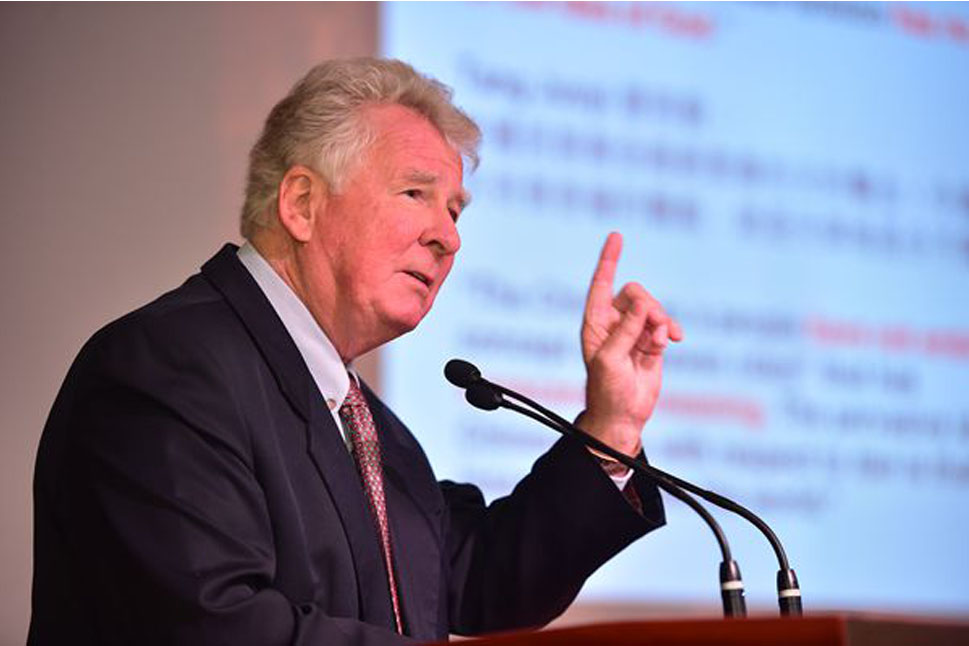 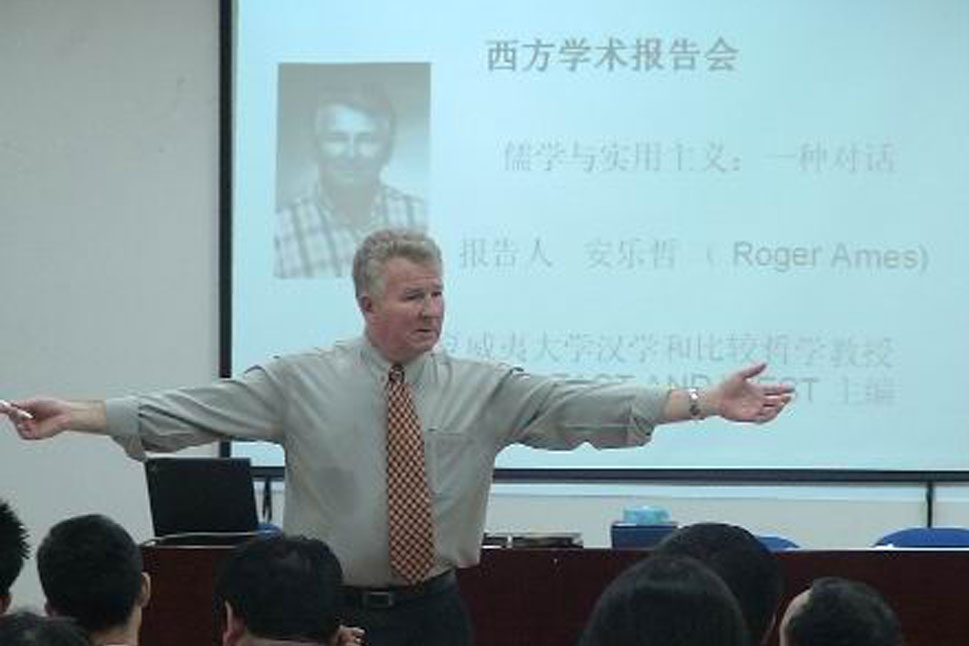 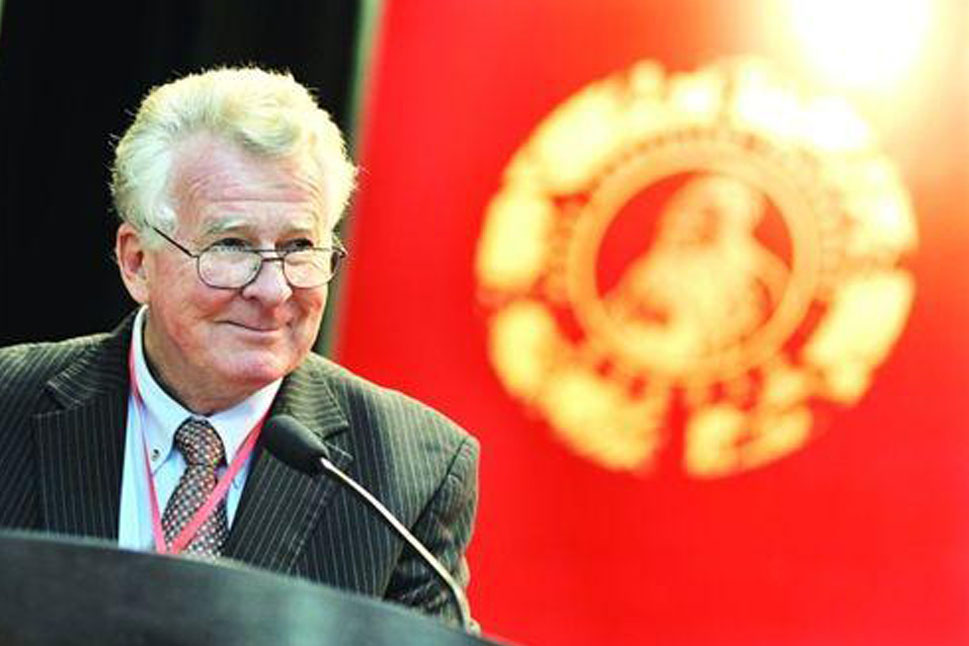 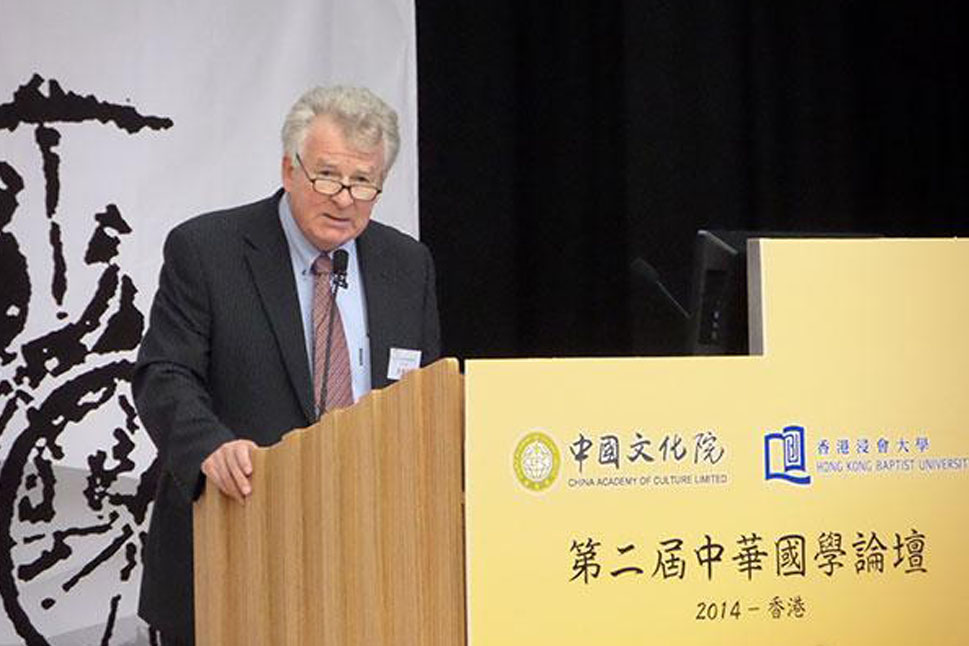 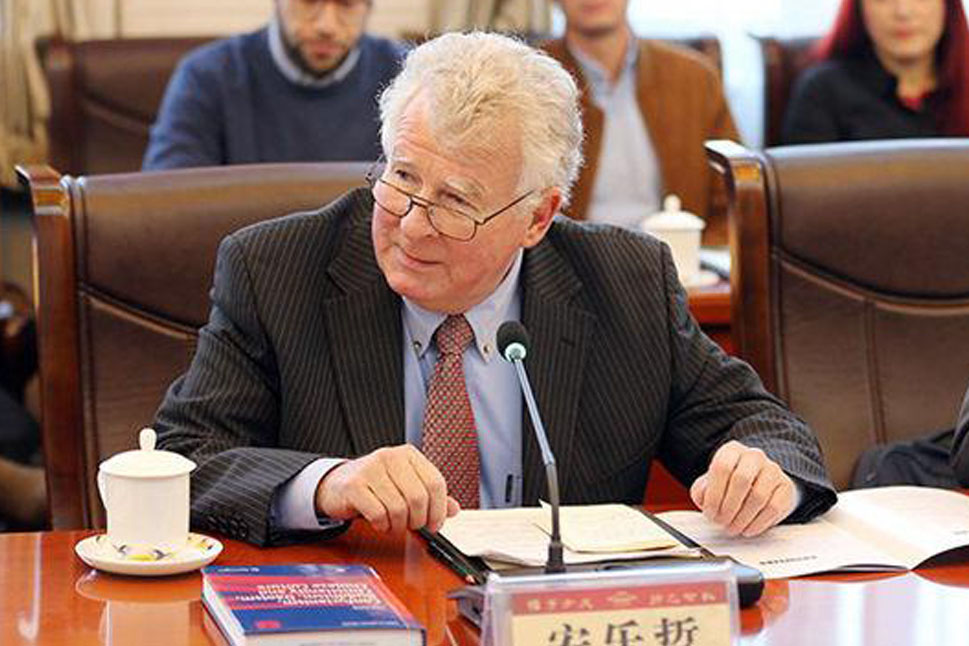